There's a ton of philosophy I could unpack around the epidemic of always working and putting in “hustle” and “grind” into every activity be it big or small. It's a fad, it's something people are taking way too much pride in.

How YOU Work Hard

I've learned a ton from Greg Jeffries and his course SEO Affiliate Domination. He's a personal friend, and he's told me quite a bit about his journey to earning 5 figures a month. I think it's fair to say that his philosophy on success is pretty standard. He believes in working hard and putting less on his plate so he can focus. I agree with this, because he has the results to prove it. But, I suspect that not everyone has succeeded in this way, and there might be more to discover when it comes to the philosophy or approach of work.

I find it interesting to monitor how I've worked, and what the results have been through my efforts.

For me, building websites is not hard work at all. I took a personality test recently and found out that I work best when I have a system in place in which I can constantly tweak and monitor in order to achieve the results I'm looking for.

We all have seen it, in between Alex Becker's ads for dropshipping and beyond the colorful click-baity thumbnails that litter your recommended video section. You've stumbled across this affiliate marketing stuff and come to see it as an easy way to earn passive income. Well, it's not easy. It's definitely a huge opportunity, but the difficulty in it is a combination of consistent output needed and know-how that is part curiosity, and part just plain experimentation.

There is a ton of information available for free that can get you started down the right path. Even the SEO Game course I did is free and worth a watch. As you know by now, my buddy Greg Jeffries started me on the path with his course SEO Affiliate Domination. I can't recommend it enough if you want to get expert guidance, you'll have to pay $500 but he offers a refund if you stick around long enough to earn $500. It's a crazy offer but, yea that's not a typo.

Systems are the Hard Work

I was fighting against my natural gifts all these years while trying to earn money with various business opportunity. Often, I would go about it solo and now it's clear why I failed. I need systems to leverage my efforts and make the execution of the work I'm attempting much more natural and easy to accomplish.

And I get it, it's not as sexy as just cracking open your laptop and pushing your willpower and focus to the edge day after day. But, from experience I'll tell you that creating content has to almost become a game for you to make a real dent in the market you're likely trying to penetrate.

That brings me to another point…

It's All About Quality

Early on with this blog, and the many that preceded it. I missed out on the quality that I really needed to reach in favor of getting a quick start. It worked for me because I was fighting my arch-nemesis ‘Perfection'. It's a philosophy I've come to know as Complete Then Tweak.

So yea, early on I favored just getting the tests out there and proving to myself that money could be made from writing some thoughts down and linking to a few products here and there.

I did it, I made my first $1,000 in about a year. Not anything to brag about I guess, but to me it was and continues to be a huge vote of confidence. Now I just need to learn to change what I'm doing from proven to premium.

In addition to my need for a system, I looked back and realized that I did better when I had division in the task. In other words, Jordan isn't meant to be the star of the show, his process is though.

This realization hit me like a ton of bricks, and even right now as I type this I feel super fortunate to have been granted access to the game of making money independent even during times that earnings are scarce.

I wrote more extensively about it on my post titled “Building a Team (Cost-Effectively)” these posts are essentially one and the same. You may be a lone wolf type, but even if you are you may want to consider getting an assistant through GenM.

I remember it like yesterday, what really got me moving down this path was a realization that I needed to change something about the way I was doing things as an authority blogger. I was taking the Wealthy Affiliate course, super underwhelmed, and decided to take a risk on Thrive Themes.

As odd as it sounds, that was the pivotal point for me. I was broke and frustrated and spent the little free cash I had on software that I believed could help me turn things around as an affiliate.

I was right, this purchase made me dig deeper into relevant YouTube content, rewrite a few posts, and change the overall look and feel of my sites as I paid attention to details and nuances in a new light.

So I stopped what I was doing with my mass pages, I stopped trying to dominate every little keyword in the niche. I began to think to myself “what if I was the consumer? Would I buy from this site?” It's funny because I think we forget from time to time that your site needs to be usable, enjoyable, and make the visitor want to come back.

Push through and understand that it's the hard, meticulous, thinking that is making others outrank you and your shitty site that has every relevant keyword but looks like a lifeless hacker threw it together.

People want to buy from somewhere that looks and feels legit. They don't want to read articles on sites that have tons of pop-ups or offers coming at them either. A well-placed ad goes a long way, and once I started making my sites more simple, I began making more consistent commissions through Share-A-Sale.

Google Analytics Goals: How to Use Them in Affiliate Link Tracking 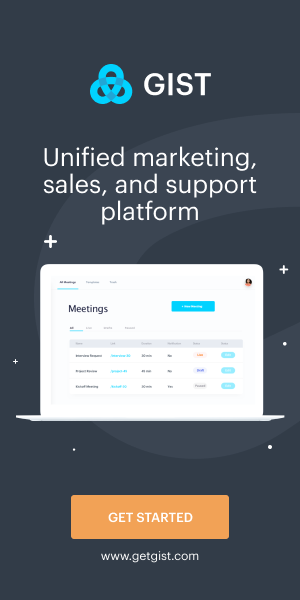