It's what every E-com Shopify store owner has experienced at one point or another.

Many put their hard-earned dollars into Facebook Ads, Google Ads, or other platforms as a beginner only to get a decent amount of traffic and no conversions.

Traffic is one of the biggest issues you'll face as a Shopify store owner. There are several things I wish I knew about traffic at the time, but I fell victim to high traffic, low sales and like you, was left upset and demoralized.

No one likes that, but everyone in the Ecom space has had this happen. Wouldn't it be nice to avoid this conundrum altogether?

In this article I'll finally address this and offer a real solution to an all too common issue with new eCommerce store owners. Yes we'll talk about traffic, but first we need to talk software… Using a free trial this software gives you the advantage of speed and testing.

Contents hide
1 Conversions Matter
2 Conversions Depend on Traffic
3 Quick Checkout
4 Amazon Did it Right
5 SamCart Makes Conversions By Mimicking Amazon
6 Do I Need A Website to Sell Online?
7 Testing 1, 2…

We fall for the fancy cars and quick life-changing stories.

But, more than anything early, conversions are what matters.

Because data is the most valuable commodity early on.

If you really want to understand what is worth scaling you'll want to first get it dialed in.

What happens instead, is that many will spend time and energy setting up and configuring their store, picking products they like, and fumbling around with Facebook Ads.

It's so easy to get distracted by different marketing platforms. They're exciting, and a game all their own.

But please understand that the point of driving traffic is to make sales. Conversions are key on all platforms to get better results.

Don't throw more money at a campaign before you've been able to make conversions. Too often people do that and miss the entire point of running paid traffic. Approach this as a business expense rather than an exercise of ego and will.

All these areas deserve a laser-focused effort, but realize that it's much harder to become a master of all these skills at once.

Conversions Depend on Traffic

You have one goal and one goal only early… Getting traction.

Now I know, high traffic and low sales definitely isn't the goal. I have a solution for it though.

I don't care if you're only breaking even. It really does make the difference to have data surrounding visitors turned customers!

Don't get me wrong, getting traffic in and of itself is a small miracle. But once you clear that hurdle, it's time to focus on getting people through the sales funnel.

The best sign that something might make you money is if you can get several people to vote with their dollars.

The rookie mistake is to maximize profit margin, make assumptions, and set up the entire business around profit.

Obviously we are in business to make money. But the flip side is consistency and repeat customers. You get that through giving users a good experience and not worrying about max profit, instead, it's all about max feedback and understanding of your customer early on.

I used to reject this idea, I know how backwards it can feel. I also know through my own testing that people love Amazon because the funnel is short, the checkout is quick.

Our society has changed quite a bit. With it, the societal norms and preferences have evolved. In the 90s people were very skeptical about buying online. People didn't trust most sites, and few people had went as far as ordering anything expensive online. I was early. Fueled by Fast and Furious I was buying car parts for my '94 Civic and got taken for $400 on some Bomex mirrors I had ordered from some site I wasn't too sure of.

As eCommerce matured, consumers started to get comfortable and with that was a desire for efficiency and familiarity. Things like PayPal and secure checkout in general came to the forefront of the online shopping experience.

The complexity that I've seen on some of these Shopify stores is astounding. People miss the point of serving customers online and have instead decided to upsell/downsell and abandon cart email potential fans to death.

Nobody likes being sold.

We love getting what we want when we want for a good price (high or low depends on other factors).

Amazon Did it Right

Have you ever wondered why Amazon's product pages look the way they do?

The outdated layout and low-resolution button graphics. Even the button color being yellow is a bit odd.

I used to have a store on Amazon after running into the high traffic low sales issue a few years back. I bounced around to a few different platforms. But something that was undeniable about Amazon was the lack of bells and whistles trying to get my info or get me to buy something I didn't ask for.

I realize the recommended products section is Amazon's version of that upsell but it's so much less intrusive how they do it.

I made more sales on Amazon than I ever did with the same product on Shopify. At the time, this left me feeling like I had a traffic problem more than anything. Additionally, I didn't like the idea that I couldn't get names and emails from new customers.

Amazon knows what they are doing, the value they are bringing in terms of page layout, and the brand attracting all the traffic they would ever need. They truly have become the online Walmart.

I made a conversion within 24hrs of switching over to SamCart. I didn't do this with Shopify, Amazon, or even Etsy (which also has very simple product pages and checkout.)

I did it while they had a 60 day trial offer. I was tired of getting people over to Shopify only to not make the sale. I was also annoyed with all the work and effort put into Shopify to make it look good, modify code, change the theme, figure out the weird shipping and taxes settings. It was a lot. Anyone who has sold on Shopify for a few months has inevitably experienced the tug-of-war Shopify can put on your wallet when it comes to getting it just right. The apps and the settings were a headache.

To be honest, when you're starting out, you just need to test your offer and see if you can make consistent conversions.

Resist the tempation, you don't need a store with 20 products, you need 1 or 2 products that you truly understand. Who knows, maybe you aren't tempted to load up on products from Oberlo. I was, and I think it was the real cause of the eventual failure of my store.

I realized early that SamCart was going to allow me to do this. I set up the entire checkout and product page within 15mins. I had it live and I couldn't have been happier.

The truth is, getting a store profitable should always be the priority.

You see people going back and forth about the software.

Your business shouldn't be about the software. There are millions of other things you'll want to focus your time and energy on such as traffic sources.

Let me tell you, it's not the software.

You need a simple set-up so you can test and prove your idea first and foremost. Software choice is one of the toughest decisions you make early on as an online seller.

I've been in coaching and groups where people will allow the smallest things to slow down their progress and get in the way of testing.

Instead of earning right out the gate, I think it would be wise to consider intentionally testing several offers (copy, images, product) in different combinations early.

The simplest way I found to set-up a modern looking store and have all the functions you need is SamCart.

It's that simple, you'll see in my article that SamCart is indeed underrated.

We all resist testing initially.

The honest truth is that I even neglected A/B testing early on in my journey because I was uncertain about the “how”.

I think those three letters hold a lot of us back.

Getting the best result is the product of fine-tuning. As marketers, it's the mark of an amateur to believe that our early assumptions are 100% correct. The worse version of this thinking lands us in the realm of high traffic low sales.

I learned this harsh reality once I bought my Thrive Themes subscription and began testing headlines and widgets.

Admittedly, my intro to A/B testing was one of curiosity and convenience.

After a few months, I began to see the power of headlines on my clickthrough rates.

As far as SamCart goes, it's super convenient to be able to test a product page and compare the feedback. Try that on Shopify, you'll be in for a headache either in execution or a pricey app. 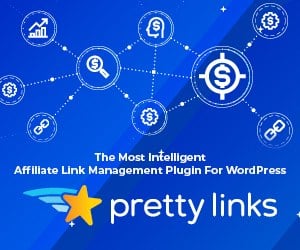 Arba WordPress Theme by XstreamThemes.
Do NOT follow this link or you will be banned from the site!
error: Content is protected !!